Note: This page may contain affiliate links. If you make a purchase through my link, I will earn a small commission at no extra cost to you.

I sipped my hot cocoa and watched their fingers fly, creasing and tucking the paper strips over and around and through, while the Christmas carols played and they chatted.  I was mystified at how the paper twisted and folded into shape, while my seven-year-old fingers snitched another strip of paper from the pile and bent it back and forth in a simple accordian fold.  They were making traditional German Star Christmas Ornaments from paper strips, and I was mesmerized.

By the time I was 14, I was folding German star ornaments (also called Moravian Stars or Froebel Stars) along with my mother and grandmother, making my own to hang on our tree. I’ve made a video to help you see how German Stars are made, step by step. It’s a great reference for visual learners. The written steps you can print are below.

Once you get the hang of the folds, you can make a star in under 5 minutes. Make them in batches while watching your favorite show, or grab your teens and tweens and make some holiday memories.

What Kind of Paper Should You Use to Make German Stars?

Despite looking complicated, the ornaments are made from 4 strips of paper and a few simple repeated folds. You can use scrapbook paper like I did, or another double-sided paper, since you can see both sides after folding. I prefer thinner paper because it’s easier to maneuver and makes nice sharp points. If you don’t have paper on hand, you can get pre-cut paper strips and save yourself some time cutting.

If you’re going to cut your own paper, the strips will need to be at least a 1:24 ratio. They can be longer (will give you extra “tails” to work with), but not shorter or you won’t have enough paper to finish. To keep you from having to do the math, here’s a handy dandy chart to make it easy.

When you have finished making your batch of stars, you can hang them just as they are or add the “dip and sparkle” step (my 7-year-old-self’s favorite part!).  Adding this wax dipping step was traditionally used to waterproof the folded star ornaments for decorating outdoors. Even if you don’t plan on hanging them outside, dipping your German stars in wax will help preserve the ornaments to reuse through the years. 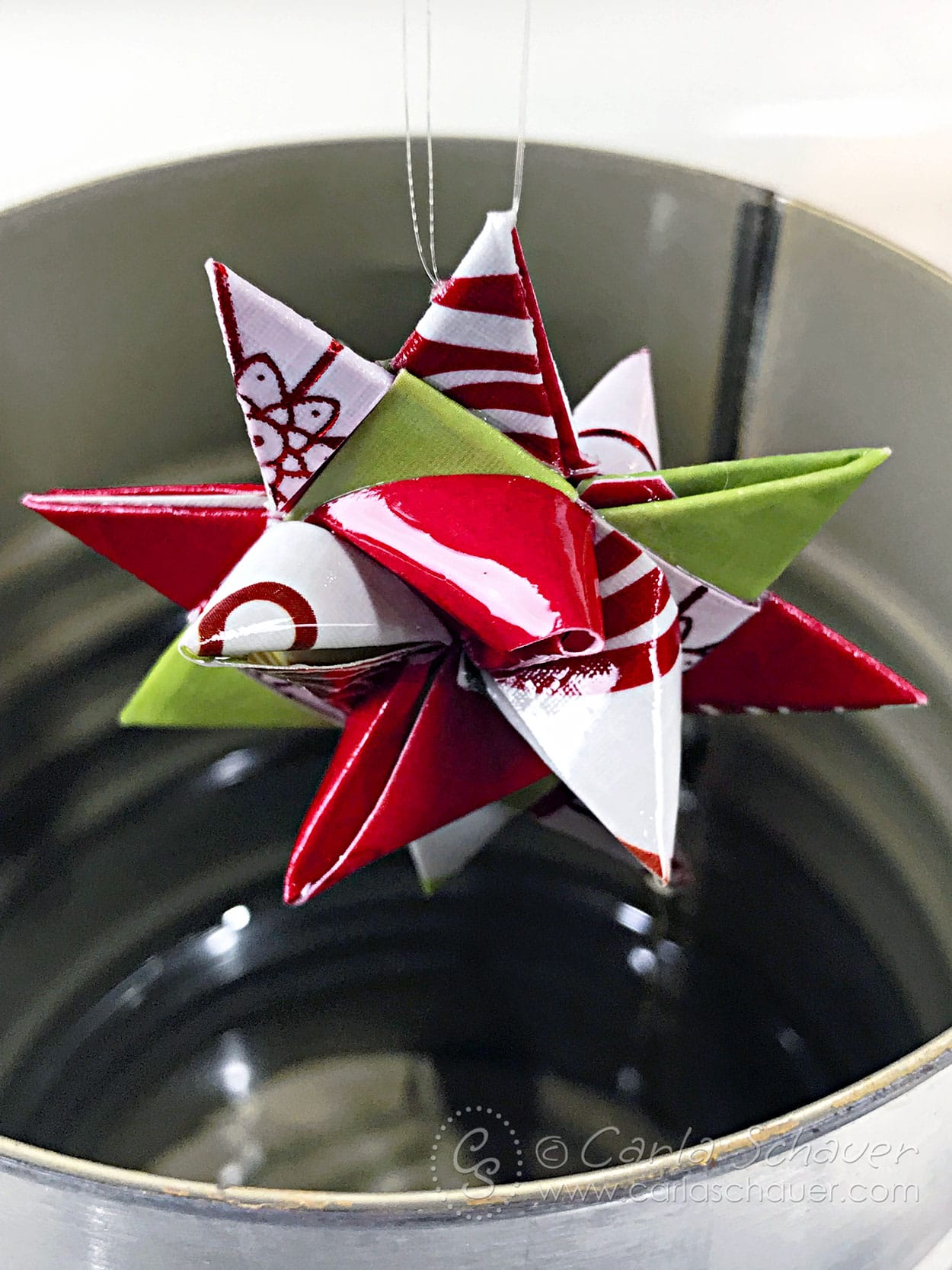 I hope you enjoy learning one of my favorite Christmas traditions!

Once you've mastered these simple folds, you'll be making German stars in no time at all!

As an Amazon Associate and member of other affiliate programs, I earn from qualifying purchases.

Pin it to make later:

Enter your email below and grab my free easy craft idea list, designed to help you jump start your creativity, and never have to stare at unused supplies again. (Or worse, hear someone else complain about them!)
Previous Post: « When Good Craft Supplies Go Bad
Next Post: Find Engaging Gifts for Creative Tweens »