If geometry lessons had been this pretty in my class, I would have enjoyed it so much more! While the exact story varies, the Moravian Star originally became popular because of a folded paper project used to explain complicated geometry concepts. These days, it is most widely known as a Christmas star, decorating streets and trees during the holiday season.

This page may contain affiliate links. If you make a purchase through my link, I will earn a small commission at no extra cost to you.

How is a Moravian Star Made?

The center of the original 26 pointed sea-urchin-shaped Moravian Star is technically known as a Rhombicuboctahedron, and has a lot of associated fancy math. In simple terms, the star’s center has 26 sides that are a combination of squares and triangles. Each side then has a triangular pyramid that makes the point.

Changing the geometric shape of the center can create stars with more or fewer points, which all can be made with folded paper and glue, as well as more modern metal, plastic, and glass. Often, one of the points is left open for hanging.

How can you make Moravian Stars? The easiest way to make one from paper is to buy a star cutting pattern, then assemble. The Froebel Star (German Star) variation requires only paper strips and folding.

After fleeing from religious persecution and settling in Herrnhut, Germany, Moravians set out as missionaries. The children, left behind for safety, received their religious and practical educations in boarding schools. It is at one of those boarding schools in Niesky, Germany, the geometry lesson of (what became known as) the Moravian Star took place in the early 19th century, and the stars were used to decorate the classrooms.

The timeline of the story varies a bit, as do the exact details, but the star-making custom was taken home by the boys to their families, and eventually spread throughout the world by the missionary families. The stars were lit with candles and became a symbol of the Bethlehem star, made the first day of Advent and left up until Epiphany.

Do not attempt to illuminate paper stars with candles at home! Open flame + paper = not safe! I repeat, do not attempt at home! Thank you.

Along with newer manufacturing facilities elsewhere, the original Moravian Stars with 26 points are still being made in the same Hurrnhuter Star Factory as they have been since 1897. While white stars are more commonly seen in the US today, the first stars commercially sold could have 11 combinations of white, red, blue, yellow, and green points.

Founded by Moravians in 1766, Winston-Salem, NC, began producing the stars when the factory in Hurrnhut temporarily closed during WWI. Since 1950, Moravian stars line the streets, as well as a 31 foot Moravian star adorning the top of Wake Forest Baptist Hospital’s north tower.

Moravian stars are still used widely as Christmas decorations throughout the world. You can see them inside and outside of homes, decorating city streets, and topping Christmas trees.

But the star is now also appreciated for its pure geometric form as a year-round secular decoration. The stars illuminate porches and homes as chandeliers and other light fixtures. Stained glass Moravian Star-inspired interpretations catch light in windows, and metal stars sparkle as jewelry.

Whew! That’s a lot of names for one star.

Both the Moravian and the Fröebel Stars:

However, this type of star is created by folding and weaving 4 paper strips instead of gluing pyramid shapes. They’re more often created by individual, and the instructions are often passed down from older generations. German Fröebel Star Instructions look complex, but are made up of only 3 types of folds.

German Froebel star, made from strips of folded paper.

The Fröebel star got this version of its name from Friedrich Fröbel (1782–1852), who also created the concept of Kindergarten. It does have some similarities with the Moravian star, which may be a part of the confusion between them. 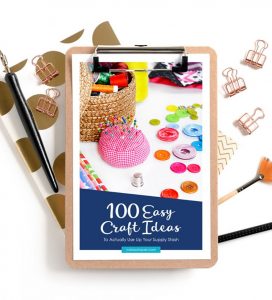